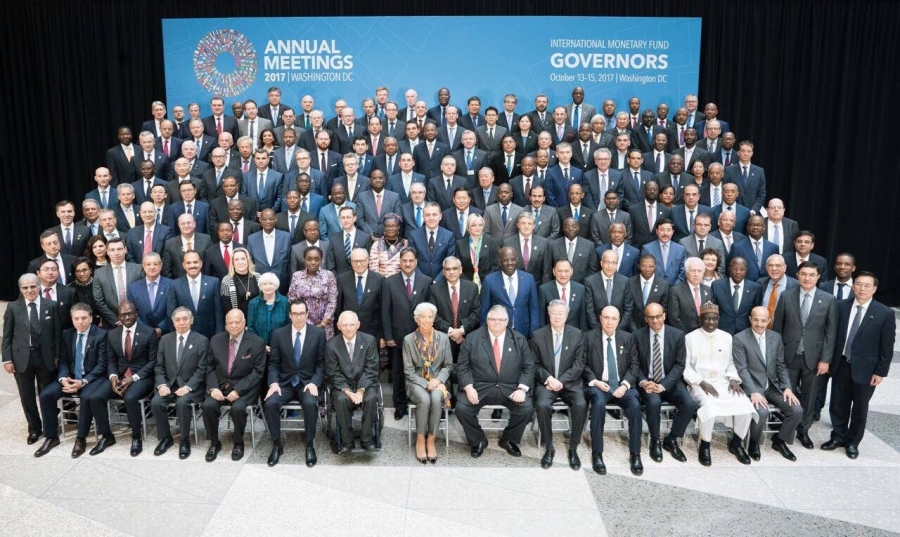 the Central Bank of the Republic of Kosovo, Mr. Fehmi MEHMETI and the delegation from Kosovo have concluded their participation in the regular meetings of the International Monetary Fund and the World Bank's Autumn Session, which took place in Washington DC on October 10-15, 2017.
In addition to attendance at the plenary sessions of the IMF and WB, Acting Governor had important meetings with senior officers of the American Treasury, International Monetary Fund, the World Bank, the IMF Mission in Kosovo, counterparts of central banks, as well as meetings of the constituency for Kosovo.
Acting Governor's visit ended with the central closing meetings attended by the participating governors and the ministers; the closing meeting of IMF Plenary Session and the discussions of Western Balkan Countries, non-EU member states on the two key issues of the region: Challenges and Perspectives for Public Infrastructure and Banking Systems.
The Annual Meetings of the Boards of Governors of the International Monetary Fund (IMF) and the World Bank Group (WBG) Autumn Session, each year bring together central bankers, ministers of finance and development, private sector executives, representatives from civil society organizations and academics to discuss financial issues of global concern and international development including also the world economic outlook on world economic order, poverty eradication, economic development, and aid effectiveness provided by these institutions worldwide.