Acting Governor, Mr. Mehmeti attended the Conference “Developing the Accounting and Auditing Profession in the First Decade of Independence” 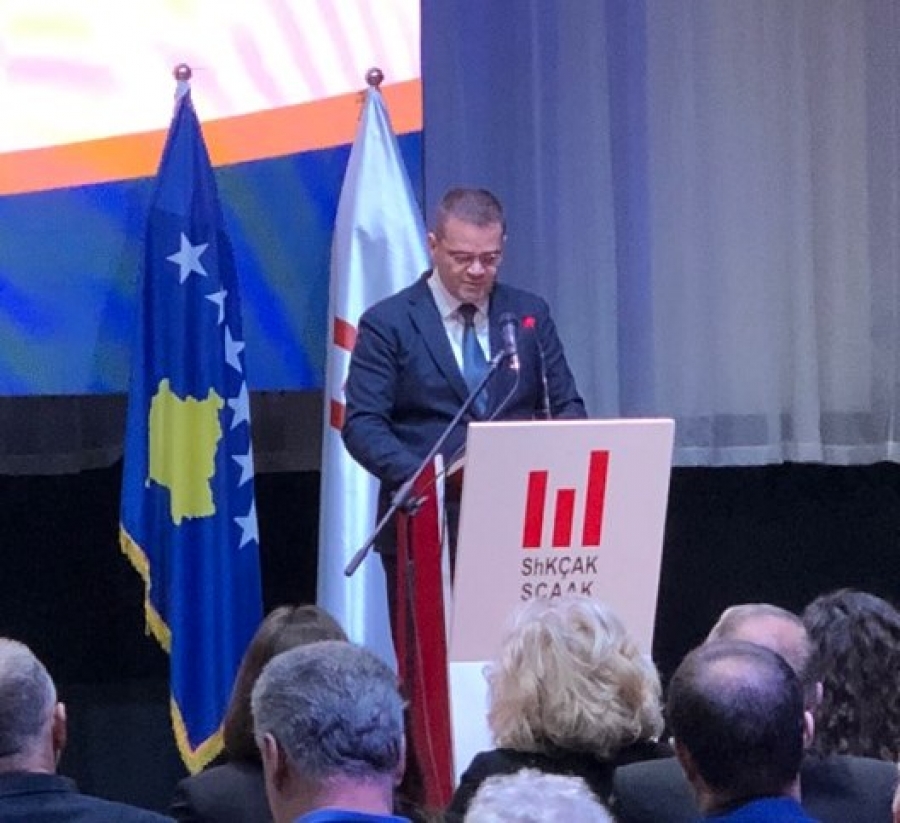 Marking the 10th anniversary of Independence of the Republic of Kosovo, Acting Governor of the Central Bank of the Republic of Kosovo, Mr. Fehmi Mehmeti participated in the conference "Developing the Accounting and Audit Profession in the First Decade of Independence", organized by the Society of Certified Accountants and Auditors of Kosovo (SCAAK), attended by the President of SCAAK , Mr. Nazmi Pllana, Deputy Minister of Finance, Mr. Fatmir Gashi, Head of the Kosovo Financial Reporting Council, Mr. Gem Maloku, General Director of Tax Administration of Kosovo, Mr. Sakip Imeri and Director of the Kosovo Investment and Enterprise Support Agency-KIESA, Mr. Besim Mustafa.
At the conference, representatives of various institutions discussed the developments in the area of occupation during the first decade of Independence and the challenges faced in implementing financial reporting requirements and effective audit as a basis for creating an environment for attracting and retaining foreign and domestic investments as well as on the importance of the contribution of professionals in advancing financial reporting and auditing in Kosovo.
On this occasion, the Acting Governor delivered a speech in which, besides reflecting on the positive developments in the financial sector, pointed out that standardization today constitutes an indispensable concept in all areas of life. Profession of accounting is one of the areas where this is an imperative. Through the ongoing and long-standing commitment, SCAAK has done a tremendous work in this regard, among others, through the organization of certification courses in the field of accounting and audit.
The Acting Governor emphasized that we as the Central Bank of the Republic of Kosovo have given special importance to the international accounting standards, as specified also in the Law on Banks, MFIs and NBFIs. Moreover, banks are required to have more detailed accounts and financial statements, pursuant to the International Accounting Standards. This, among other things, enables comparing of certain financial indicators with other countries. Regarding the convergence and follow-up of recent developments in line with international standards, the CBK is in the process of advancing regarding the IFRS 9, where so far significant developments were made. The speech of Acting Governor.