On 26-27 March 2018, Acting Governor of the Central Bank of the Republic of Kosovo Mehmeti participated in the Meeting of the Regional Governors and Financial Sector representatives, where they discussed about the current situation and the future of the financial system in the region.
The main topic discussed during this Governors Roundtable this year was the focus on the monetary policy challenges, the challenges related to monetary policy normalization and the resolution of accumulated non-performing loans.
On this occasion, Acting Governor Mehmeti in the Governor's Panel discussed on non-performing loans and the good quality of credit portfolio in Kosovo. In this context, he emphasized that the non-performing loans rate in Kosovo has consistently remained at a very low level and since the beginning of the functioning of the banking sector of Kosovo it has not reached double digit even during the global financial crisis when the level of non-performing loans was 8.7%.

In addition, Acting Governor Mehmeti emphasized factors that contributed to the low rate of nonperforming loans in Kosovo, such as the development of the banking sector from the scratch without inheriting anything from the previous banking sector; the establishment of a wholly private owned sector that was an advantage comparing to the regional countries and problems they had regarding soundness of state-owned banks. As an important contribution was the Central Bank's approach, by adopting the German Deutschmark in 1999 as an official currency and then the Euro, which has led to our focus on capacity development with a direct impact on financial stability and to prompt responding to any tendency that could jeopardize financial stability. 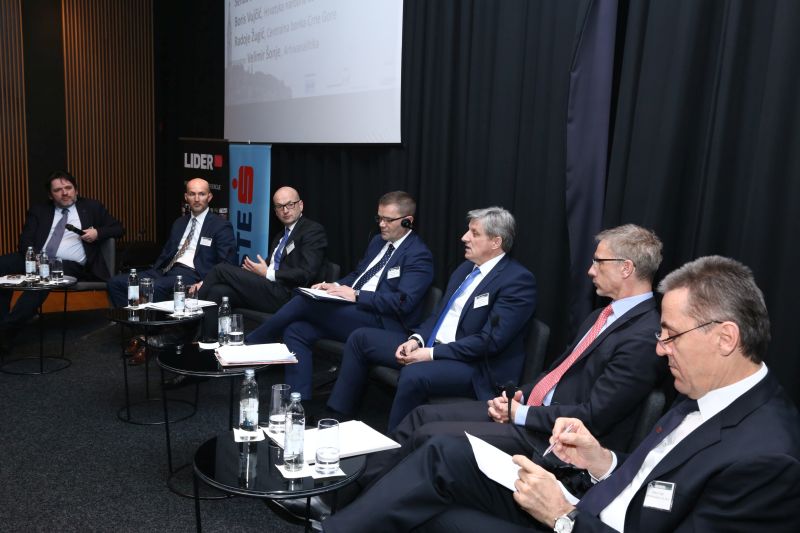 Another important factor is the macroeconomic stability enjoyed by Kosovo's economy every year, with continuous economic growth at an average of 3.5-4%. Although this growth was not enough for the sufficient improvement in relation to the main challenges of our economy, it has largely provided the necessary stability for the banking sector.
Also, an important factor for the decline in the rate of non-performing loans is the advancement of the Law on Execution Procedure and the functionality of private bailiffs that has greatly facilitated the implementation of banks contracts, enabling repayment of a significant number of old non-performing loans, as well as discouraging the new non-performing loans. "
At the Governors Meeting, Mr. Nicolas Veron from the Institute for International Economics gave a presentation on non-performing loans; lessons from the European countries experience as well as the presentation by the Deputy Governor of the Bank of Croatia, Mr. Vedran Sosic regarding the challenges of economies related to the normalization of monetary policies.