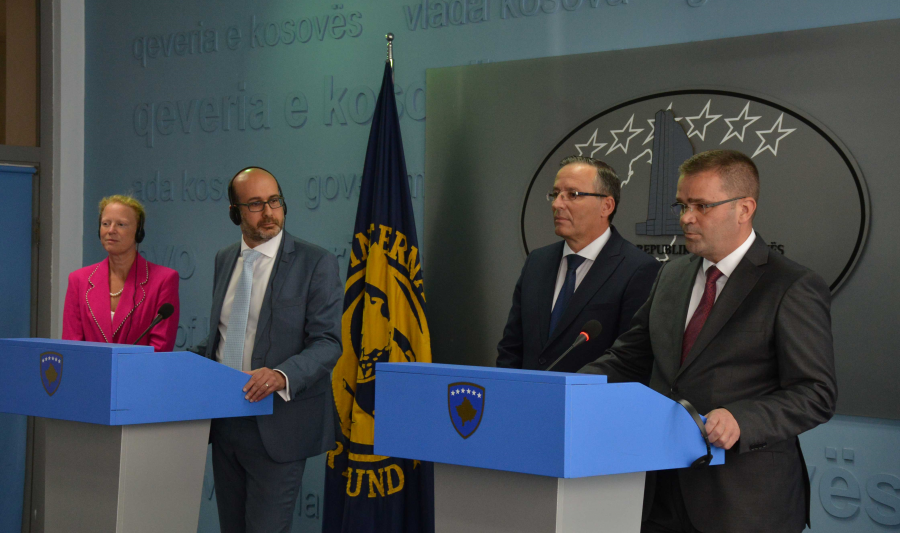 The International Monetary Fund's assessment mission in Kosovo has come to an end. During this visit and the meetings held with the actors of the country's financial institutions it has been confirmed that Kosovo has financial stability. During today's media conference, Acting Governor of the Central Bank of Kosovo (CBK), Mr. Fehmi Mehmeti stated that during the IMF mission visits at the CBK and in our country, he has informed them on the situation of the banking sector, which is a stable sector. Mehmeti added: “Loans and deposits have increased, also non-performing loan rate have declined, currently marking 3.9 percent. The loan interest rate has declined, but in the future we expect the interest rate to fall further in order to support economic growth”. According to the International Monetary Fund's Head of Mission, Mr. Jacques Miniane the economic growth has been good for the last three months. “We as the IMF have raised our projections for economic growth for this year as well as for the next year. According to field estimates during this year, we expect a deficit of 1.5% in the 2018 budget” He announced that they are focused on respecting fiscal rules for the 2018 budget. According to him, Kosovo's economy is with limited funding capacity, therefore the budget should continue to be based on reliable tax and non-tax revenues. According to him, expenditures for the highway "Arbën Xhaferi" will create space for new capital projects. In his speech, Minister of Finance, Mr. Bedri Hamza stated that the next year budget will be over 2 billion euro. Among the projects to be invested next year is the railway infrastructure project and other projects that will have secure funding." At the end Minister Hamza confirmed that discussions on all these issues will continue at the IMF and WB Annual Meetings in Washington.